Down with the Ship

Down with the Ship

Episode name pun on: "Down with the ship"

However, when Flapjack and K'nuckles find the ship and urged Bubbie to to let them get inside. Bubbie tales them that they have to check for any air pockets with leaves the two out of her mouth so she can check. She comes back later saying that it's safe and finds the duo struggling to hold their breath and entered the ship to have a look around. Flapjack finds out that K'nuckles actually failed. A flashback occurs and it is revealed that the Captain was giving K'nuckles his failure papers and walked off at the oblivious young apprentice. This caused him to become and raised in the present about how the captain hated him.

The pair hear a noise and spot other members of the crew that sank come in who find Flapjack and K'nuckles in a barrel. After Captain K'nuckles recalls they were his classmates, they recognize him and laugh at how constantly failed. Enraged, K'nuckles tells the crew that the only reason he did not pass the test was because the captain was a jerk and that he hated him but the crew tells him the captain loved him and how they were jealous, which makes K'nuckles remember the real story and how he sunk the ship.

The crew are upset that K'nuckles is responsible for their predicament and he is callous towards this but remember that Bubbie will ridicule him for this. However, Flapjack then asks the crew if K'nuckles can take a retest, which they initially refuse until coming up with an idea and let him do so. However, the crew makes him do all sorts of ridiculous stuff that does not even have anything to do with the retest.

After a good while, K'nuckles finds out he did that stuff for nothing he goes berserk and causes the ship to come back up to the surface. Everyone sees their old captain then arrives on a rowboat and gives K'nuckles his captains papers and for learning something else other than drop anchor. After K'nuckles asks what he learned, his captain says he raised anchor. K'nuckles shrugs this off, as his captain leaves but remarks on his continued stupidity.

Bubbie arrives and K'nuckles gloats that he has his paperwork to prove he is a Captain and tells Flapjack to put the papers in her face because he is going to party as the episode ends. 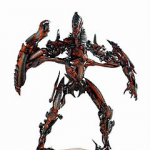